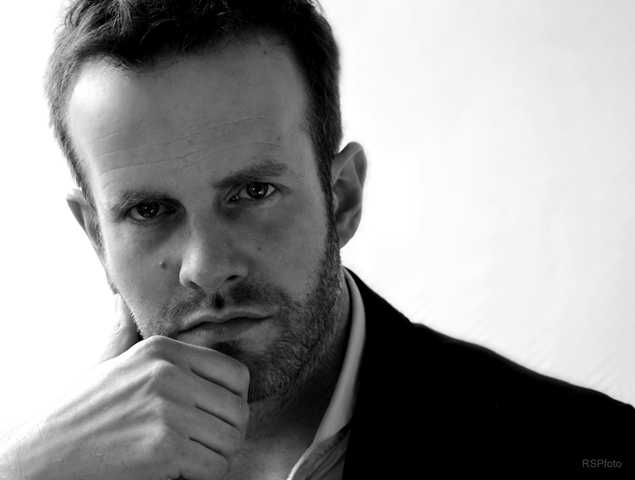 Sébastien Obrecht pursue his musical career in singing.
Paul McCreesh offers him his debut as Mathan in Athalia – Haendel. This production of the Academy of Ambronay has been broadcast for the french TV program « Musiques au coeur » of Eve Ruggeri, and Sébastien's performance has received critical acclaim : “…among which the tenor Sébastien Obrecht is distinguishable by his elegance” (Le Monde de la Musique), “Sébastien Obrecht, the evening’s revelation…” (La Croix), “… with french tenor Sébastien Obrecht singing the priest of Baal with a fine tenor line.” (Musical Opinion).
Therefore, several ensembles solicit him : Le Concert Spirituel, La Simphonie du Marais, Le Parlement de la Musique, Les Passions, La Chapelle Rhénane, Le Baroque Nomade. Recently, he has sung as Taille soloist in the Requiem of Campra, with the conductor Lionel Sow in the Paris Notre-Dame Cathedral.
Sébastien is equally at ease with the classical romantic repertoire, as with the contemporary one : Don Ottavio, Tamino, the narrator in "L'enfance du Christ" of Berlioz and "Das Paradies und die Peri" of Schumann, conducted by Cyril Diederich. He has also interpreted the role of Don José in several productions of Carmen, among which a recent one in England with conductor John Gibbons. He played Monsieur Martin in "La Cantatrice Chauve" of J.P. Calvin with the Orchestre Lamoureux, in a staging of François Berreur at the Théatre de l'Athénée, and more recently the Tambour Major of "Wozzeck" staged by André Engel in Royaumont. Jean-Christophe Spinosi has chosen Sébastien for the title role in "le Nozze Di Teti e di Pelleo" at the Opéra de Rennes.
Fond of Lied and french songs, Sébastien Obrecht has been heard very often in such repertoire at the french radio France Musique, in programs like "Le Cabaret" of Jean-François Zygel, "Un mardi idéal" of Arielle Buteaux, and "L'atelier des chanteurs" of Stéphane Goldet. Moreover, Jose Montalvo and Dominique Hervieu have imagined for him a figure of the character Oprhée, playing the cello himself, for their production "Orphée" created at the TNC and on international tour.
This summer 2013, Sébastien sang the Nelson Mass of Haydn, and a creation of Tarik O’Regan with the Royal Philarmonic Orchestra for the 800th anniversary of the St Albans meeting. In August and September, he sang La Petite Messe Solennelle of Rossini staged by Charlotte Nessi and directed by Lionel Sow with the ensemble Justiniana. This tour ended in the Opera de Vichy.
Sébastien Obrecht is the male winner of Armel Opera Competition 2013. Thanks to his performance in the role of Peter Quint in « The Turn of the Screw » of Britten in last october at the Istanbul Opera and in the Armel Opera Festival in Szeged, he was awarded the “Best Male Performer 2013” title by an international jury. Following this success, Sébastien will perform a concert at the Victoria Hall in Geneva next December. Moreover, he will be the first non-Georgian tenor to be Abesalom in « Abesalom da Eteri » of Zakaria Paliashvili at the Tbilissi Opera in 2014.
Among his projects in 2014, he will also sing Hoffmann. Sébastien will join La Fabrique Opera of Grenoble for a new production of Offenbach’s Les Contes d’Hoffmann directed by Patrick Souillot and staged by Jean-Jacques Durand. Moreover, he will sing Les Sept dernières paroles du Christ en Croix of César Franck, a production directed by Ariel Alonzo. As for the near future, on 24th and 25th of November 2013, Sébastien Obrecht will play the role of the Narrator in Das Paradies
und die Peri by Schumann at Saint Roch in Paris under the direction of Till Aly with the ensemble Europa Voce.