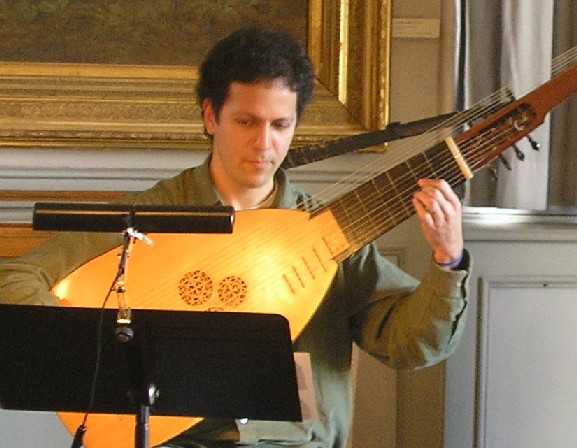 Ronaldo Correira de Lima Lopes was born in Brazil. He is a qualified guitarist, holding degrees from the university of Rio de Janeiro. He learnt the lute under the guidance of Vincent Dumestre. He continued his training in France with Eugène Ferré at the National Higher Conservatoire of Music and Dance in Lyons, obtaining the National Diploma in Higher Musical Studies in 2001 and the Certificate of Specialised Complementary Studies in 2003. He also holds a State Diploma and the Certificate of Aptitude as Music Teacher in the discipline of early instruments.

He teches lute and baso continuo at Municipal Conservatoire in Meaux (77) and the Higher School of Music and Dramatic Art in Porto, Portugal.

Alongside these activities, he performs in concert as part of various ensembles dedicated to Baroque music and the Renaissance.